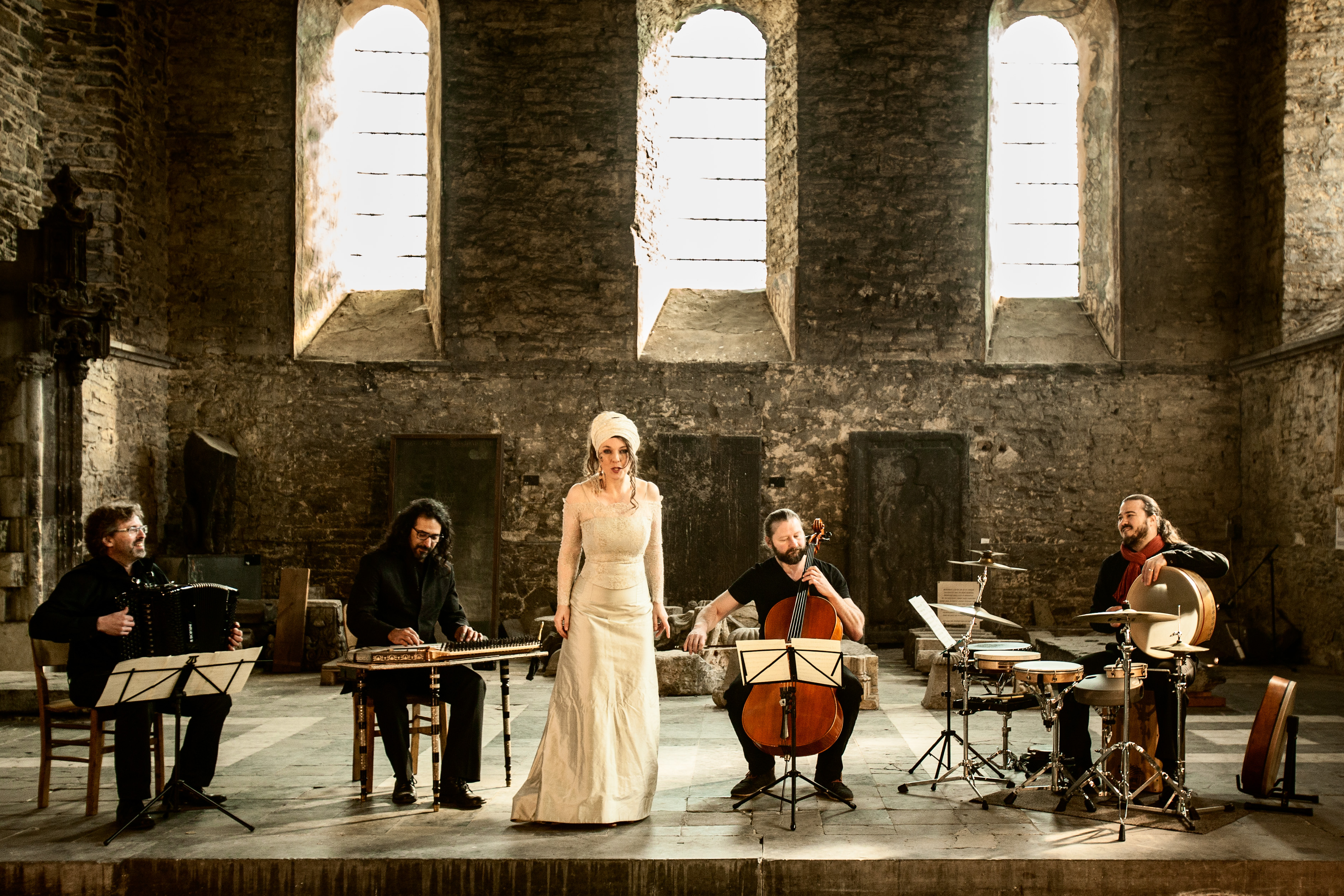 Come and enter the musical universe of qanunplayer Osama Abdulrasol. With his quintet he takes you on a fascinating journey, from traditional Babylonian sounds, to jazz and world music. In his way of playing and in his compositions you will recognize both the mastership from the ancient Mesopotamia, as well as the creativity and the open mind of the true cosmopolitan. The tunes on his new CD Jedid therefore provide a bridge between East and West. Osama Abdulrasol's compositions obviously have their origins in his place of birth, old Babylon in Iraq, but are also enhanced with influences from all over the world.

His ensemble’s performance, featuring the qanun, vocals, accordion, cello and percussion, demonstrate what the future may hold in store, how different backgrounds, styles and languages may be combined to create a new sound.

Everyone who ever saw Philippe Thuriot performing, knows he is one of the most virtuoso accordionists of today, loved both in the contemporary jazz scene as the classical world. . Lode Vercampt excels as a cello player with his musicality and the versatility of sounds he can conjure from his instrument. François Taillefer evoques with his unique collection of percussion instruments all the possible rhythms from India till the Middle East. Soprano Helena Schoeters mixes in a unique way classical and traditional elements in her voice. Singing in Spanish, Arabic and French, she is the perfect interpreter for the compositions of Osama Abdulrasol. On stage these 5 musicians make an unique combination with their passion and virtuosity and they create a new and fascinating sound in the world music and jazz scene.